Carpaccio is an aristocratic dish, possibly because the first person lucky enough to taste it was an aristocrat, Contessa Amalia Nani Mocenigo, in the heart of Venice, in Harry’s Bar, one of the most prestigious hostelries of the area around Saint Mark’s Square. It was 1950 and Giuseppe Cipriani, owner of the bar, knew that his guest the countess was forbidden from eating cooked meat so he thought of offering her a plate of raw filet steak, cut into very thin slices. The Countess named the dish Carpaccio, in honour of the colours which she had admired when visiting an exhibit dedicated to the Renaissance painter Vittore Carpaccio, being held at that time in the Palazzo Ducale of the city.  The colour of the raw meat reminded her of the rich shades she had appreciated in the paintings. Since then, the success of this simple dish has only received praise, appreciated by all meat lovers.

Carpaccio has no secrets and perhaps this is why it is so successful. The slices of meat are almost transparent, placed artistically on the plate to form a decoration worthy of the style of Vassily Kandinky and garnished with flakes of grana cheese or black truffles, or with a basic sauce if one prefers: salt, white pepper and extra virgin olive oil complete the recipe.

Naturally, the meat must be of superior quality and very fresh.  Over time, the recipe has been adapted according to taste and the seasons, various regions and the individual style of chefs and gourmets, both in its preparation and its presentation, but the heart of the Carpaccio recipe always remains the same.  Beef sirloin of the highest quality is cut into very thin slices, from a very uniform section of the muscle.  The aroma is exquisite.

Today some consider Carpaccio an antipasto, others a main dish.  It can also be served on a bed of aromatic salad leaves, such as rocket.  The simplicity of the Carpaccio recipe is an ideal basis for everyone to express their individual taste and inspiration. It is perfect if served with crusty bread, just out of the oven, and a light wine with character, either red or white, in the latter case better if full bodied, even from a barrique… to wink at our French cousins. 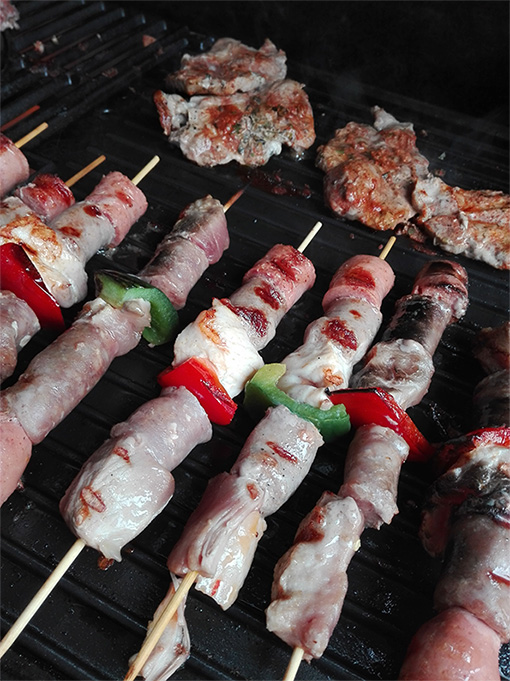 There are various types of BBQ or barbecue. According to the most traditional methods, the meat is placed on a horizontal grill. 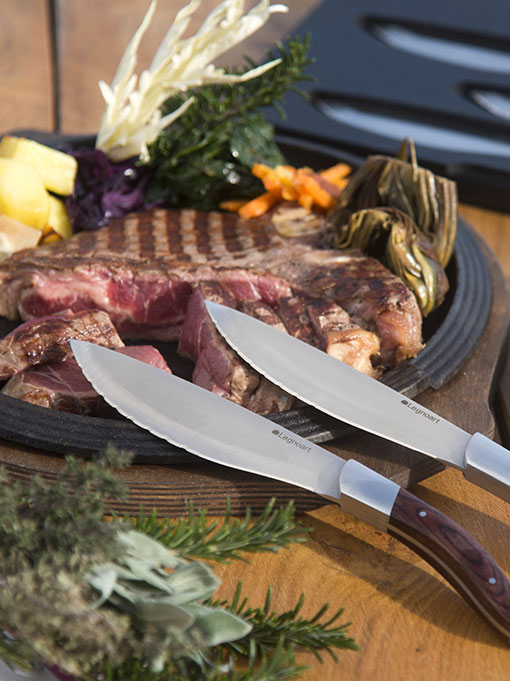